A Hello World style starter project. This tutorial aims to instruct how to deploy a smart contract with a message, and render it in the front-end. You can change the message using the interact panel.

This dapp implements a "Hello World" style application that echoes a message passed to the contract to the front end. This tutorial is intended to be followed using the online IDE available at Remix IDE.

What you will learn​

This guide introduces an online IDE for blockchain development called Remix. An easy-to-use platform that does not require any downloads, creating accounts or logins. Here, the Remix team also provides some explanation about a smart contract typical structure, how to compile, deploy and verify a smart contract pushed into Polygon.

What you will do​

Getting started with Remix IDE​

Remix is a Ethereum-focused IDE: an online platform to develop smart contracts. To start building a smart contract, click on New File and name it HelloWorld.sol:

Now copy and paste the Smart contract below into the newly created HelloWorld.sol file.

The first line pragma solidity ^0.5.10 specifies that the source code is for a Solidity version greater than 0.5.10. Pragmas are common instructions for compilers about how to treat the source code (e.g., pragma once).

A contract in the sense of Solidity is a collection of code (its functions) and data (its state) that resides at a specific address on the Ethereum blockchain. The line string public message declares a public state variable called message of type string. You can think of it as a single slot in a database that you can query and alter by calling functions of the code that manages the database. The keyword public automatically generates a function that allows you to access the current value of the state variable from outside of the contract. Without this keyword, other contracts have no way to access the variable.

The constructor is a special function run during the creation of the contract and cannot be called afterward. In this case, it takes a string value initMessage, stores the value in the memory data storage area, and sets message to that value.

The update function is another public function that is similar to the constructor, taking a string as a parameter, and updating the message variable. 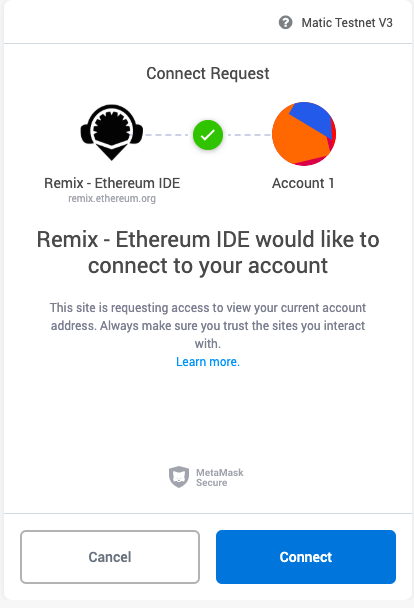 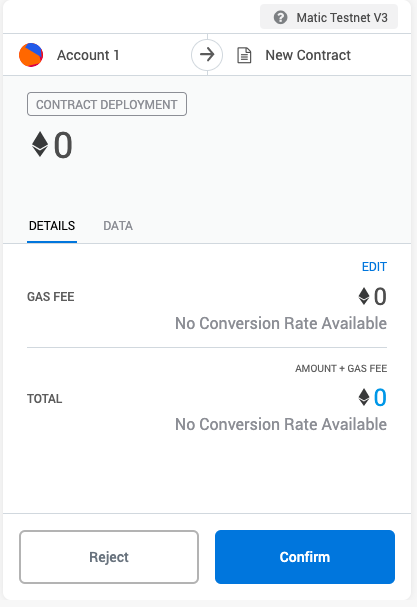 Congratulations! You have successfully deployed the HelloWorld Smart Contract. Now you can interact with the Smart Contract. Check the deployment status here: https://mumbai.polygonscan.com/. 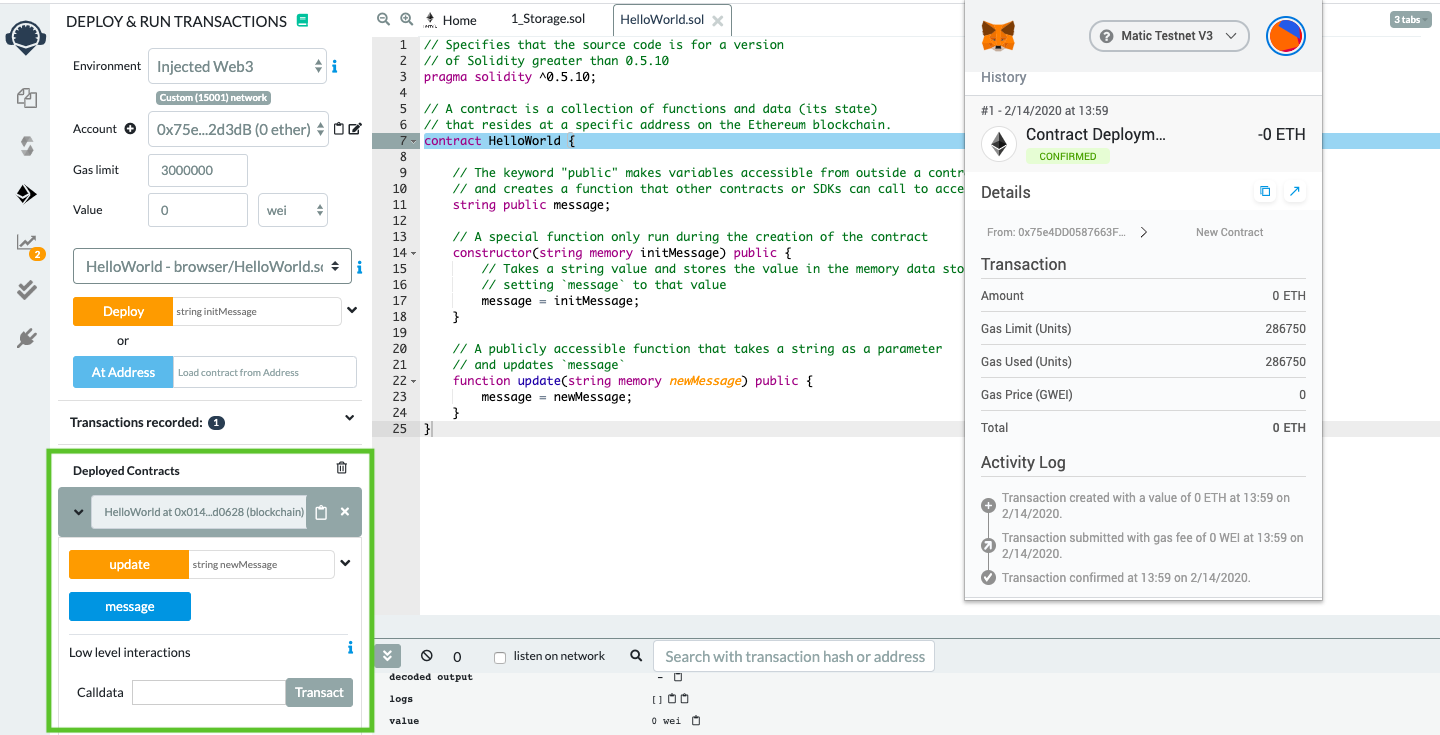 Verifying your Contracts on PolygonScan

The first and foremost step is to flatten the solidity contract into a single file. 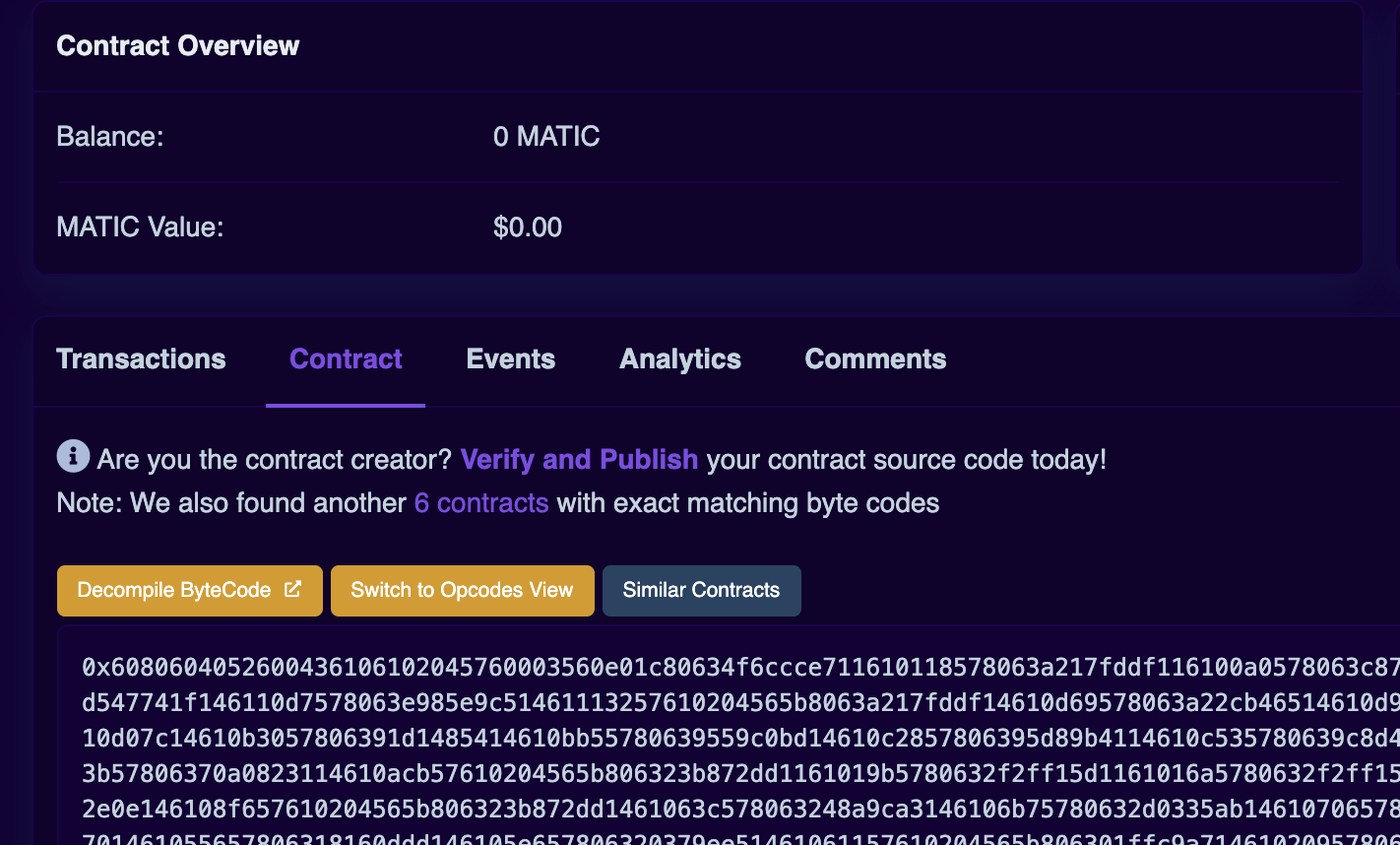 Onto the next section, paste your flattended contract there.